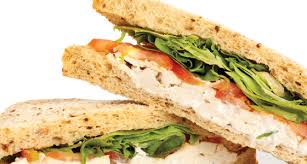 Let’s start with an overview of the research that supports whole grains as a possible weight-loss aid. A study from 2008 found that eating a diet rich in whole grainsmight contribute to significant loss of belly fat. 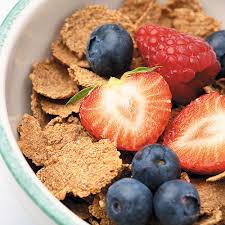 Researchers created two groups. Both were put on a diet, but one group was told to focus on eating whole grains and the other was instructed to eat refined grains. Both groups lost about ten pounds over twelve weeks, but the whole-grain group lost much more belly fat.

Another study found that eating whole grains helps with quality weight loss. Researchers compared two groups that restricted calories in their diets and found that while both groups lost weight, the group that was specifically instructed to eat whole-grain cereals as part of their diet increased their intake of fiber, magnesium, and vitamin B-6. 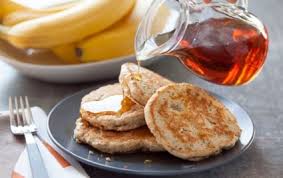 It’s true that studies show a link between eating whole grains and weight loss. But most of the research is based on a comparison between dieters who ate whole grains and those who ate refined grains. And typically all participants restricted their calorie intake.

Whole grains – like oats, brown rice, popcorn, and quinoa – are loaded with fiber which is known to boost feelings of fullness and prevent overeating. Refined grains, such as white rice and white bread, are generally lower in fiber and other key 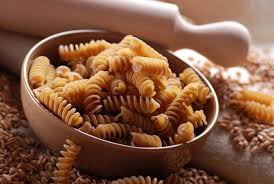 Fiber is definitely helpful for weight loss. It’s an indigestible carbohydrate, meaning that foods with it provide fewer calories than the same amount of other carbs. It also increases satiety and keeps hunger at bay. So if you’re going to eat carbs, it’s certainly smart to stick with whole grains rather than the refined ones.

But calories are still calories. Whether the calories are from whole grains or refined grains, they still count. Participants in the weight-loss studies were all restricting their overall calories. So eat whole grains instead of things like white bread and white rice, but always pay attention to the amount you’re taking in.

Here are some meal and snack ideas for whole grain integration into your diet:

Have a bowl of oatmeal for breakfast, but not just any oatmeal. I’m a huge fan of old-fashioned oats, and they just happen to be one of the best sources of whole grains. To make a single serving go further, I cook them “growing oatmeal” style.

Snack on whole-grain crackers. Again, I’m all about maximizing my portion sizes. That’s why I like to start with large crackers and pile them up with veggies, low-calorie spreads, and even protein. Try out this combo: tomato slices, yellow mustard, and turkey slices. So good!
Wrap a whole-grain flatbread around your sandwich fixings. Don’t waste calories on white bread.
Use whole-grain cereal to “faux-fry” your favorite foods. One of my favorite kitchen hacks is trading flour and hot oil for high-fiber cereal and egg whites to create “fried” foods.